Nokia N1 is a big headline on the tablet market today, which comes with Nokia’s Z launcher. Few months before Nokia introduced its own launcher through Nokia’s website to a limited amount of users in its “pre-beta” stages. After seeing the huge amount of public response, the Z launcher has now joined open beta, and can be downloadable for several gadgets on Google Play Store.

Z Launcher requires a different strategy to the home screen, by showing applications that customers are most likely to open based on the time of day. It also allows customers to discover applications easily by writing app titles anywhere on the screen. EX: by writing W will bring up WhatsApp, WeChat and likely apps related to W letter.

In Nokia’s website only Nexus 5 and Samsung Galaxy S5/S4/S4 are listed as compatible. I have tested Z Launcher on my Xperia Z2, and it working flawless and faster. It seems that Z Launcher will run with Android 4.1 to 4.4.

When I was tried to download it from play store for my Xperia Z2, it show that not compatible. After downloading from a mirror site it working great on it. I have also tested in two Android tablets (Yoga 8 and IdeaTab A1000) and it not working with. Don’t think that it’ll not work on your device. If you want to test something new and unique, then must try it. Now Z launcher is beautifying my mobile. 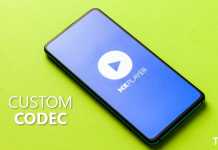