Narendra Damodardas Modi is the 15th and current prime minister of India. According to a popular magazine, in 2015, Modi was listed in top five greatest leaders of the world and after Obama, he is the world’s second-most followed politician on the social network. So, in today’s post I’ll share you the best Narendra Modi games for Android available as free download. Everyone inside and outside of India loves Modi; especially the young generation, because he has done many developments and improvements in a short time period for the country.

Nowadays, the popularity of Android Games and Apps are increasing rapidly. The Namo games are specially designed for Modi and Android lovers. Modi is a firm believer in the power of technology and also an avid user of technology himself. So, these Namo games are designed for our beloved prime minister for his heroic nature. Without any other discussion, let’s free download Narendra Modi games for Android. 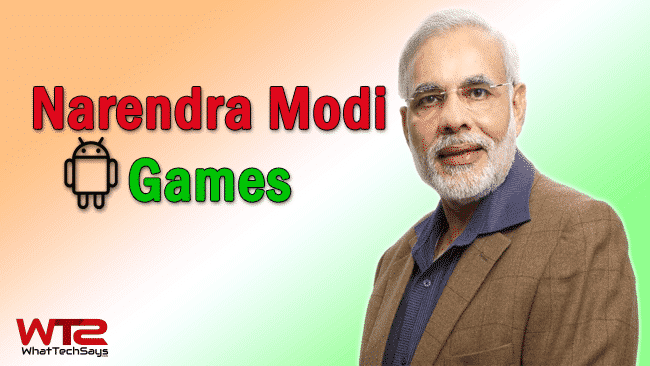 Modi Run is rated as 4 stars and one of the most downloaded Modi games for Android users. It is an action game where Modi runs through all the states and wins over the election to become Prime Minister of India. The best thing in this game is, the Modi runs, jumps, and flies. Can you imagine, Narendra Modi can fly! This game is not promoted by Modi or BJP and only made for entertainment purpose. If you want to try something new, then must try this one; you’ll sure love it.
[appbox googleplay appid com.dexati.modirun]

Modi 3D Run is an endless running game with a lot of fun and action. As soon as you open this game, you see a cool photo of Narendra Modi. On the beginning of the game, you’ll see the Modi in dancing and, believe me, it’s really cute. In this game, you have to collect votes as you run, avoid hurdles to win several states and to become the PM of India. This is something like Subway Surfers that you have to run and run and run.
[appbox googleplay appid com.to.modirun]

This is a jumping game to win more Lok Sabha seats. There are six modes to choose from; North India, South India, Central India, East India, West India, and North East India. Play this game to get as many seats you can to win the election in different sectors. You have to avoid obstacles like the hand which denotes congress, catch tea-cups and jump on the lotus to fly high to reach the parliament at the top. If you love fun, then this game is made for you.

Modi VS Rahul Epic Battle is a fighting based game and one of the best Namo games. Here you just need to select your leader and fight for him to win. In both sides, you get the energy level and you have to decrease your opponent’s energy level by punching on his face. Use “L” button for left punch, “R” button for right punch and “BLOCK” button to block punches from your enemy. This is a simple tap and play game with a lot of fun.
[appbox googleplay appid com.knightmare.modivsrahul]

This Modi game for Android users is a car driving game for enjoyment and fun. If you love games, then I am sure you have already played hill climb racing games before. But, this game is made for Namo lovers in his style. This is an endless game where you have to collect coins & unlock new stages, vehicles & upgrade vehicles. You can earn extra coin by driving and riding like crazy such as drive fast, take air flips, air jumps to get extra coins.

Trust me these Narendra Modi games for Android are great fun because we need a PM who can run, jump, fly, fight for our country. Hope you like these games. If you have any suggestion about Namo games, then feel free to share your opinion.