How do you take a screenshot on iPhone X if it doesn’t have a Home button? The procedure is super easy like before. A screenshot is a digital image of what should be visible on a display or screen. A typical screenshot is created by the operating system or program running on the system. If you are an iOS user, then you sure know the traditional way to take capture your screen. But, here the situation is different. Much awaited iPhone X was unveiled on 12th September with some innovative features. Together with a number of other new things, Apple has changed the way we used to have a screenshot on previous versions of iPhone.

Anyone who’s ever used a smartphone will inform you that taking screenshots is quite remarkable. It’s a quick way to catch the contents of this display for later usage. On the iPhone, iPad, along with iPod touch, there is a straightforward way to take screenshots. You need to press the side button and also the house button at precisely the identical time. However, the iPhone X is like no additional iOS device: Because it doesn’t have any home button.

How to Take a Screenshot on iPhone X

There are a ton of changes which are packaged inside the iPhone X and it all begins with that fabulous OLED display. In actuality, Apple claims that this is actually the first ever OLED panel that is worthy of this iPhone. If you are planning to but this amazing gadget and thinking how would you capture a screenshot on the new iPhone X without the Home button, then here’s how. 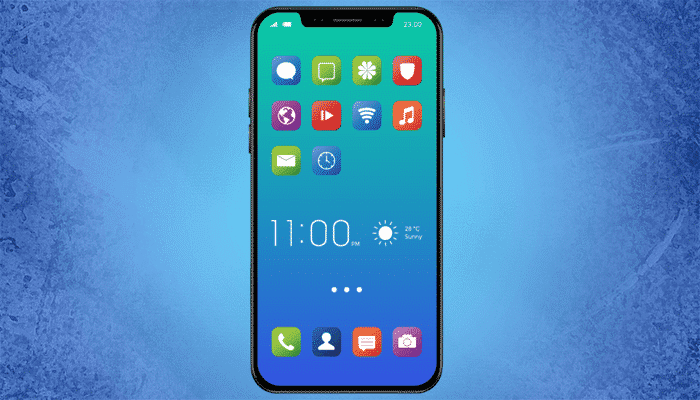 1. First of all, open the screen which you want to capture.

2. Press and hold the Side button on the right side of iPhone X and press the Volume Up button at the same time.

3. The screen will flash white, and you will hear the “click” sound as well (Of course, if your sound is enabled.)

You should follow the steps in the exact order to capture the screen. Here, the Volume Up button replaces the Home button step from previous iPhones and iPads.

How to Take Screenshots on iPhone X using AssistiveTouch

AssistiveTouch allows you to use your iPhone or iPad, if you have difficulty touching the screen or if you require an adaptive accessory. You can use this feature to control your device, help you perform gestures like a pinch, multi-finger swipe, or 3D Touch, and use Siri. If the Side button or Volume Up button are not working on your iPhone, you can use AssistiveTouch to take a screenshot on iPhone X. Let’s know how to do that. 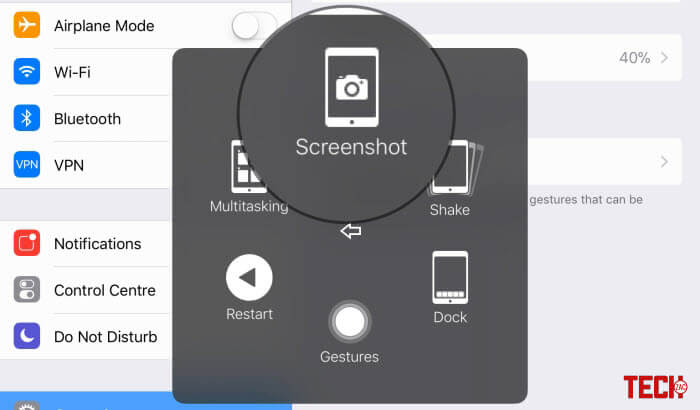 1. First, fire up the Settings app and navigate to General → Accessibility → AssistiveTouch and toggle the switch next to AssistiveTouch.

2. To take a screenshot, just touch the AssistiveTouch button on your screen and then Device → More → Screenshot. That’s it.

Your screen will flash white, and a thumbnail of the screenshot will appear on the right bottom of the window.

How to Edit the Captured Screenshots?

After a screenshot is captured, a thumbnail will be generated in the lower right corner, and you can click on it to annotate prior to saving it. If you do not have iOS 11 installed on your device, then you won’t see it. Here you’ll see lots of markup tools you can use to edit your screenshots! Once you finished the editing, just tap on the Done button to save it.

Where the Screenshots get Saved?

When you tap the Done button it shows two options; Save to Photos and Delete Screenshot. That means the screenshots will be saved in the Photos app.

These two are the easiest way to take a screenshot on iPhone X. If you are planning to upgrade your iPhone, then this tutorial is going to help you in future. Well, if it is helpful for you, the don’t forget to share with your friends.

Download Pokemon Quest for Free on Android and iOS