Today Windows 10 released worldwide, which is a major upgrade over Windows 8.1. This is the most awaiting operating system for Windows lovers. Windows 10 means the future of Microsoft. There will be no Windows 11 or 12 in feature. 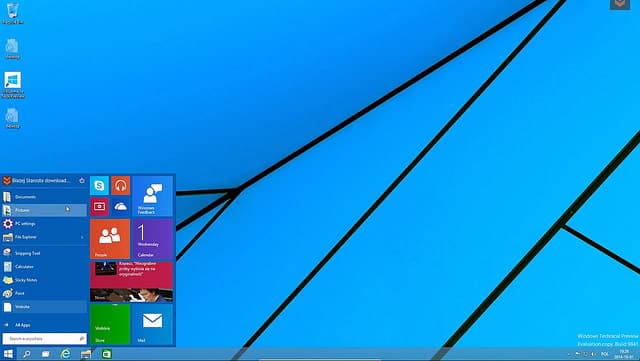 If you look back to the Windows history, you’ll get many innovation and many faults. The unsuccessful operating systems are Windows Vista, 8 and 8.1.

After every mistake, Microsoft writes a new history. Windows XP saved us from Windows ME, as like Windows 7 from Vista and now Windows 10 is here to save us from Windows 8. As everyone knows Windows 8 was a bulky operating system, which had many problems and mainly made for touch screen computers. But, with this new OS, you’ll get what you want to be in your OS.

Windows 10 doesn’t requires a highly configured computer to run. If your computer is capable to run Windows 7, then it can surely run it. Below is the hardware requirement for Windows 10.

As you see all the requirements are minimal. If you are interested to upgrade your PC over Windows 7 or 8 to Windows 10, then check your disk space by right -click on C drive.

It is a major upgrade over previous faults. Windows 10 is available for all type of systems, including Mobiles, Tablets and PCs. The development of Windows is unique and it just work like you’d expect. Let’s discuss about its major features.

Everyone likes the startup screen of Windows 8, which looks attractive and customizable. Installing Windows 10 is more easier than before with full of helpful guidance and looks similar as Windows 8. The Windows 10 computer, complete with taskbar, will look familiar to anyone who’s owned a Windows computer in the last 20 years.

The major mistake in Windows 8 was lack of start menu which is annoying for many users. Now with Windows 10, it is back again with more customization. The start menu appears in a dark theme with live tiles in it. It is more attractive than before. By using the start menu, you can easily arrange your application and can pin your favorite apps on it. It also provides a easy access to settings, shutdown or restart.

Cortana is the virtual assistant for your Windows PC. It keeps everything it knows about you in a exclusive computer, which you can modify to cut out details you don’t want it to keep in mind. It’s an introduction to your day combined with the weather, news, local restaurants, and other passions you’ve chosen. Cortana is cloud powered, that means if you are using it on your Mobile device (like Android, Windows or iOS), then it can easily synchronize the users data with the devices.

Microsoft has made lot of improvements in the field of multitasking. You can drag any screen to a screen edge to snap it to 50 percent of your display, and then the OS helpfully shows all of your other windows in an range for the other 50 percent. The frustrating hot corners of Windows 8 that made you take your locks out just trying to accessibility Settings or even the Start screen have been removed.

In the previous version, there was no support for Google Calendar. With is integration you can quickly add your Gmail account and have it perform just excellent across e-mail and calendar. You’ll also need to add your Google account here to work Coratana fine with Windows 10.

It is easy to say anyone to use Windows 10 over Windows 7 or 8. No Windows operating system had made like before. If you are running Windows 7, then definitely take the benefits of this new innovation.